Barden Lake regulars Warren and club bailiff Phil Hollens spent plenty of hours over a couple of days, raking dead weed from their swims to make it easier for landing fish. It well and truly paid off for both of them with Phil bagging the first fish which was a stocked fish less than two years ago which weighed 19lb 8oz and now weighs 29lb 12oz. A fantastic growth rate. To top the session off, Warren then caught the fish known as ‘The Brown’ at its heaviest weight to date at 50lb 9oz. Well done fellas. 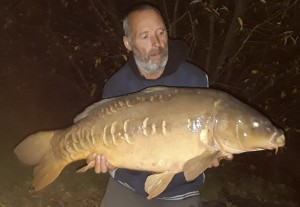 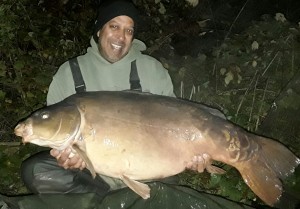