Regular predator anglers Jason Craven and Neal Rogers had a couple of good fish recently from the river while the water conditions were good. Using sea baits under a float, Neal was first to connect with what felt like a good fish. After a good hard fight, the fish threw the hooks close in. Within seconds of losing that fish, Jason’s float slid away not to be seen again until he struck into what was definitely a big fish. Again, a good fight followed and the fish was safely netted, weighed and photographed. In top condition but a little empty following the poor recent river conditions, the fish hit the 20lb barrier. As we are currently running a little guess the weight competition via our Facebook page, the exact weight will not be revealed until next week. Neal and Jason had another run each, Jason not connecting with his but Neal played and landed a very plump 14lb 8oz fish. 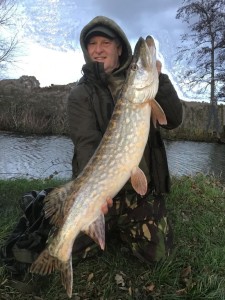 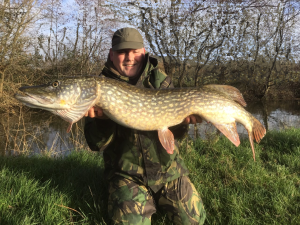