River Medway Below the Barrier

The first section down from the Leigh Barrier is the “New-cut” so called as it was created to straighten the river when the barrier was constructed. The steep, manmade banks discourage some anglers, but a big head of large fish lurk here. Bream nets of 40lb + are quite common, along with good Roach and occasional Chub. It’s the Barbel that attracts most regulars to this stretch.  A number of small Barbel, 1lb to 8lb, have been taken. The best fish, at 15lb 2oz, has only been landed a couple of times and could well be much larger now.  A surprise 8 Lb 11oz Sturgeon came to day ticket angler Dave Ball when he was after Bream using sweetcorn, but this fish has not been caught since. 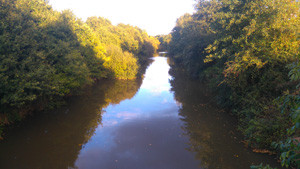 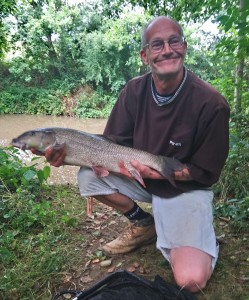 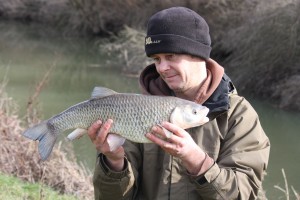 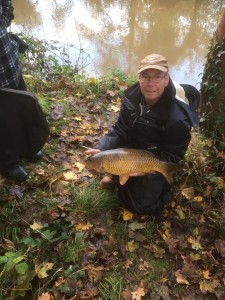 Long reach has a towpath one side and is wooded the other.This section of the Medway suits most tastes. Bream bags of 30lb are common, 70lb has been reported. Good Roach and Chub also come to waggler and feeder methods. A monster 3lb Roach believed to be the largest Roach taken from the Medway was caught by Tom White from Long Reach. If you like Bleak bashing, the summer will provide a multitude of them. This is probably why large Pike and Perch also inhabit the margins and can be caught with Sprats or Mackerel dead baits.

The Shallows was once the pride of Tonbridge, until the flow was cut off to facilitate the Leigh Barrier. The Shallows is no longer the fast flowing stream over gravel beds that older members still talk about, but it does hold a large head of Roach, Perch and Chub, with the occasional Bream showing. It is a refuge for silver fish when the main river is in spate and can then produce large catches. The winter Pike fishing is excellent, with specimens to over 25lb being recorded.